The Dan M. Hunter Memorial Fund, Inc. was established in 2009 to raise funds in memory of Dan M. Hunter. In October 2008, Dan had been participating in a motorcycle caravan escorting the Veteran's Traveling Memorial Wall. Upon his departure from the event, a vehicle struck his motorcycle causing severe injuries from which Dan was unable to recover. 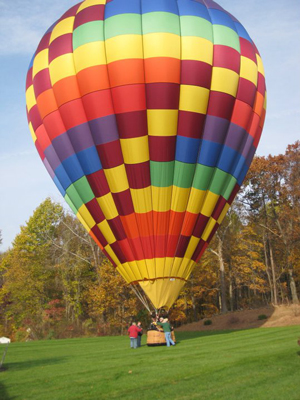 Dan M. Hunter was a well-known and respected businessman. He was Executive Vice President and Chief Operating Officer of Hunter’s Ambulance Service, Inc.; President of Hunter Limousines Ltd.; a past President of the Meriden Rotary Club; and co-founder and principal supporter of Spirit of Giving, Inc. Dan gave his time and the resources of his companies selflessly in the community for countless events and projects.

Dan also volunteered many years as a coach for youth baseball and youth soccer teams. Most of all, he was a devoted husband and father and treasured the time he spent with his wife Jer, son Dan and daughter Chelsea.

Dan’s outgoing personality, leadership skills, passionate work with children, and exuberant community spirit have made a lasting impact on his family, friends, business associates and the communities and organizations of which he was a part.

Dan is the inspiration behind the mission of the Memorial Fund: